By Lon Welsh and Michael Canon, Your Castle Real Estate.

Much of the overall decline isn’t a decline in actual homes prices. It is a mix issue.  For example, sales volume of homes over 4,000 square feet has plummeted in the last twelve months.  Middle-market homes have generally been steady in their sales volume.  Very inexpensive homes under 1,000 square feet have increased their sales volume.  Our estimate is that the average price decline, after taking mix into account, is only about half of those headline-grabbing figures. 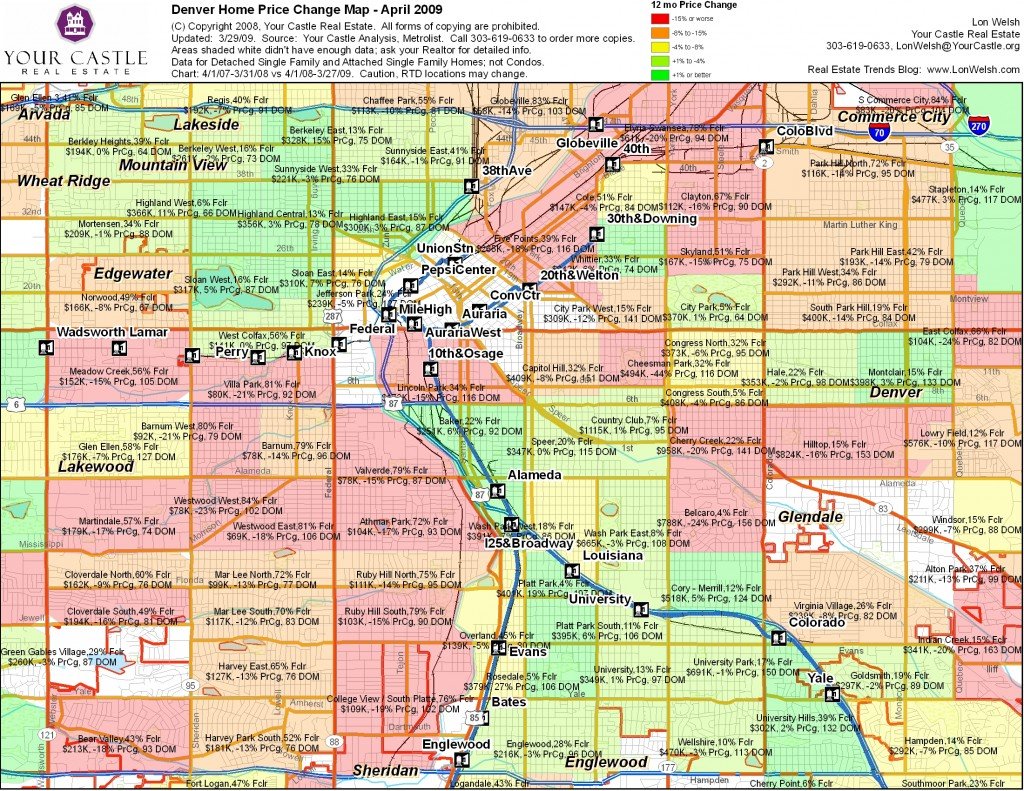 Some Denver home prices decline by neighborhood. Double click to expand and read.

Three months ago, we said we expected to see fewer bank sales in the first quarter.  This proved to be the case, the number of REO and short sales declined 1% between January and February 2008 and the same period in 2009.  Unfortunately, non-distress volume declined 36% in those time periods.  This drives the mix issue discussed above.

These numbers will be slightly different than Metrolist, as they are just Denver Metro and don’t include outlying areas such as Colorado Springs or Boulder.

Lon can e-mail you a high reolution copy of the map or ask Lon any question below: