Can you imagine losing part of your land to a neighbor without any compensation? That’s just what happened in Boulder, Colorado. 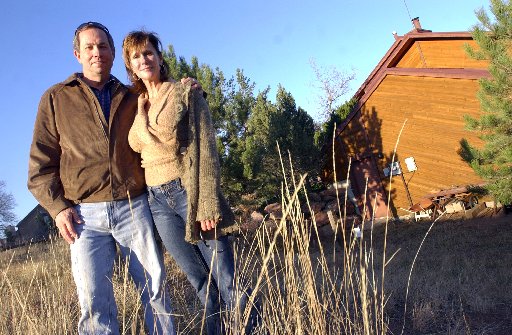 A couple in Boulder has taken over a parcel of land that bordered their property in an action know as ” Adverse Possession”. A little known law that allows people to lay claim to land they have used for at least 18 years as their own if they are more “attached ” to it than their true owners. They must show “open and conspicuous”use of the land.
Richard McLean, a former district court judge and former Boulder mayor, and his wife, attorney Edith Stevens, won possession of a portion of a vacant lot that belonged to neighbors Don and Susie Kirlin for nearly 25 years. McLean and Stevens claimed that because they had been using one of the Kirlins’  two lots to access their backyard, and the Kirlins’ never asked them to stop, they had become the de-facto owners of the small parcel of land. Some evidence of McLeans’ firewood and a path to the firewood storage was presented in court.
The Kirlins’ property, located in the Shanahan Ridge development in south Boulder, was bought as a location for their dream house to be built at some time in the future. The lot has a clear view of the mountains and the surrounding open space. The  Karlins’ offered to giveth couple 5 feet of their land from the existing fence line to accommodate their concern, but their offer was rejected. Don Karlin says”I believe that their intent was to make my backyard unbuildable because it would block their view of the mountains and the southwest open space not because it would limit access to their backyard”.

The case is currently on appeal. What do you think?  Should the Kirlins be able to keep their land or loose it to their neighbors?