Evening rush hour can slow traffic on I-25 at Lincoln

Douglas County is home to several major Denver suburbs and is still one of the top 10 growing counties in the United States.  Evidence that growth is continuing comes in the form of two new interchanges on Interstate 25 in Douglas County that will open during the next two years.

Most immediately, the interchange 1 mile south of Lincoln will be called RidgeGate and will feed into the new “urban fusion” complex with that name . Plus, it will also serve a frontage road along the east side of Interstate 25 going south all the way to Castle Pines Parkway.  The interchange is scheduled to open in May and the frontage road will be opened some time thereafter.  Both are nearing completion.

That interchange will alleviate much of the congestion that can occur on Interstate 25 at the Lincoln exit during rush hours. Traffic can slow to a crawl and cars exiting onto Lincoln can be delayed.  The City of Lone Tree, Colorado believes the new interchange will alleviate enough of the traffic at Lincoln that traffic flow will be improved. In addition, those vehicles headed toward Sky Ridge Hospital and the homes and shopping at RidgeGate will be able to exit at the less congested new interchange.

Lone Tree’s City Engineer, Greg Weeks says completion of the new interchange is running on schedule.  He can’t vouch for the completion date for the frontage road because that project is being managed by the Colorado Department of Transportation.  Still, he expects it to be opening sometime after the opening of the interchange.

The other new interchange connection along I-25 in Douglas County will be at Hess Road. That road is being expanded to meet at Castle Pines Parkway.  While it will utilize part of the existing interchange, that interchange we expanded and provide access to the east that is currently not available.

It will provide an easier connection to Parker and the subdivisions in between including Predara. That is a new golf course community with large custom homes as well as production builders including DR Horton.

These areas used to be almost entirely agricultural.  But the suburbs have spread further south.  There are still areas with horse properties and ranchettes with acreage. But the prominent feature on the landscape is the new subdivisions that are popped up over the last 15 years.  Douglas County is continuing to grow in its population.  Most of that growth is located in the north half of Douglas County in areas that are now called “The Denver Suburbs”. Highlands Ranch, Lone Tree, Castle Pines North, Pradera,  Stroh’s Ranch and outlying subdivisions and Parker have all added to the population here.

Douglas County isn’t just for cowboys, ranchers and farmers anymore. It’s home to many of Denver’s suburbanites who commute to the City or even Colorado Springs. So it goes. 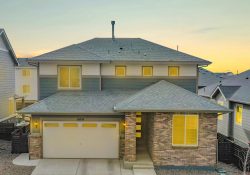 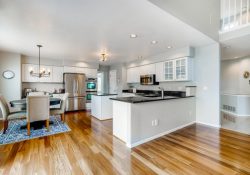