Lone Tree sounds like the name of ghost town in old west. It conjures up visions of dust storms, tumble weeds and coyotes

roaming the dirt street that runs though town. Some say the Lone Tree outside town was the “hanging tree.”

But that’s a chapter from a Western novel or screenplay. In modern day life, Lone Tree, Colorado has upscale subdivisions, fine dining, and even one of the top shopping malls in the state at Park Meadows. However, coyotes do still occasionally roam the streets. 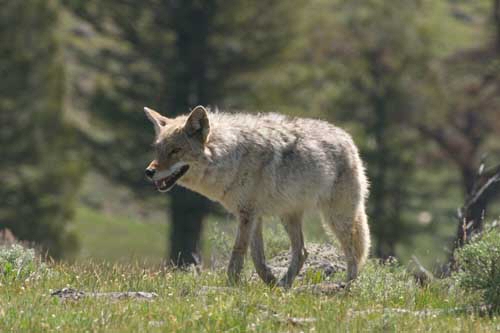 The Lone Tree Police Department has announced to City Council that it has begun recording and investigating all “coyote incidents” as the result of a suggestion from local resident Dan Sable. Dan’s Yorkie terrier was abducted by hungry coyotes during the dark of night.

Stephen Hasler is chief of the Police Department. He says he is in discussions with The Department of Health to be able to begin trapping coyotes under some circumstances.

Personally, I have seen coyotes mainly at night when they usually hunt. But, on June 23, I had one prance in front of my automobile while taking clients to view a home for sale. He was almost fat for the usually skinny, dog-like critters. He appeared to be very well fed on local rabbits, prairie dogs and perhaps the occasional Yorkie terrier. 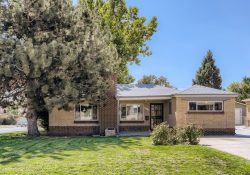