I’ve lived in Cherry Hills for over 20 years.  My family has enjoyed the pleasant pastoral atmosphere and the convenience to the Denver Tech Center, downtown and the Cherry Creek shopping Center. The Cherry Hills schools are considered the best in the state. Crime is very low.  And the feeling seems almost too ideal.

Cherry Hills Village is Denver’s richest suburb. Parts of old Cherry Hills are reminiscent of Darien, Connecticut complete with horses and riding paths.  Other subdivisions are more typically suburban except for the size and scope of the mansions on the tree-lined streets and cul-de-sacs.

Homes range in price from just under $1 million for modest ranches to well over $5 million for true mansions of the rich and famous.  Often, I am asked if a family relocating

to the Denver area can move to Cherry Hills Village for less than a $1 million home.  My answer is simple. Yes.  But, be prepared for a home in need of updating and cramped quarters for you and your family.

Most Denver relocation buyers looking at homes priced under $1 million will also look in Greenwood Village.  It’s right next door to Cherry Hills.  And, it offers more affordable homes, the same school district, and charming communities.  But it is not be Cherry Hills.  In other words, you pay for the ZIP code.

Old Cherry Hills is the equestrian area with the most reuse, charming country roads and the true story book ambiance.  Most people here do not actually own horses.  But, they also use the riding trails for walking and occasionally even a bike ride.  Old Cherry Hills has its own charm and allure. It would likely be considered to be the old money capital of Colorado.

Gated communities include the Glenmoor with homes built predominantly during the late 1980s and early 1990s. There are less than 150 homes here in about half of the residents are also members of the Glenmoor Country Club itself which is located within the gates.  Many people were surprised to learn that a portion of their lots have easements in favor of the Country Club.  So, a half acre lot here might really only have a third of an acre that is usable to the homeowner.  There are larger lots to, of course.  And the homes are priced from $1.2 million to over $5 million.

Buell Mansion is also a gated community of newer homes in Cherry Hills Village.  It is named for the eccentric millionaire, Temple Buell, who owned the ground for many years.  He is our equivalent of Howard Hughes. This development didn’t begin until the late 1990s because there had been extensive litigation with the developer over the size and scope of this residential community.  New homes are still being built here.  Lot sizes range from a third of an acre to over two acres.  The amenities include the old Buell mansion itself which is now used as a party center and can be rented by residents for a modest fee.  There’s also a community swimming pool and tennis court.  There is even what we in Colorado call a lake.  But you may know it better as a pond.

Cherry Hills Village has dozens of pocket neighborhoods.  These neighborhoods are often one or two blocks long and also enjoy a more rural atmosphere.  Lot sizes in these neighborhoods can be anywhere from one acre to five acres. Most have paved roads now but a few dirt roads still remain. It is hard to believe these homes are 10 minutes to the Denver Tech Center and 20 minutes to downtown. 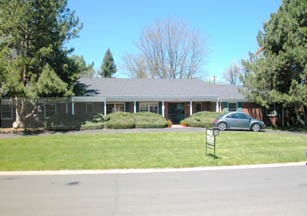 Cherry Hills North, Cherry Hills East, Southmoor Vista and Mansfield Heights offer more modest ranches priced in the $1 million range.  These gracious, more mature homes are located generally on half-acre lots.  Most were built during the 1970s and 80s. There are a few two-story homes here too.

Why would you consider living in Cherry Hills Village? It might be schools, rural atmosphere, horses, safety, convenience or just knowing that you’re living in one of the top 10 richest communities in the United States!

If you have any questions please feel free to ask me.  Chances are I’ll have a good answer for you and would look forward to hearing from you anytime.  Just give me a call on my toll free cell phone or use the form below.  I look forward to your question.