You are here: Home / Denver Relocation / The British Are Coming!

Actually, Texans are relocating to Denver. 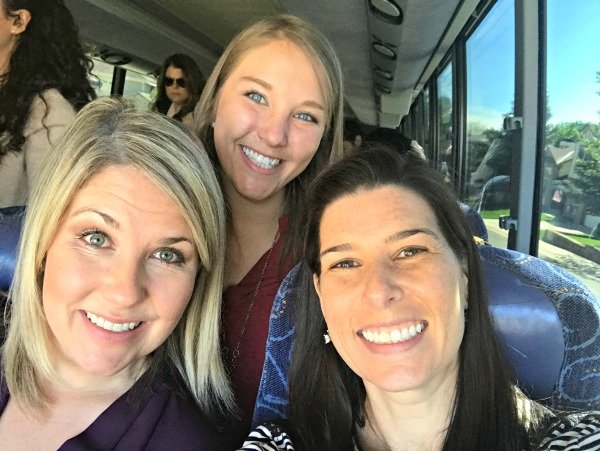 Because, British Petroleum is moving half of it’s Lower 48 Division from Houston to Denver. That’s the potential of 200 families leaving the Lone Star State and relocating to Denver. It’s part of the growing trend of companies moving into the Denver metropolitan area.

Last weekend,  The Hotz Group including of my daughters Meredith, Elizabeth and I joined a few other Kentwood real estate brokers to host another “303 Weekend”. There,  potential relocation transferees and their families visited Denver. BP wanted to introduce their  relocating employees to life in Denver. So, our role in the weekend was mostly to lead a Neighborhood Tours of the City and the Denver Suburbs. We had previously escorted another BP tour two weeks earlier with a similar number of employees. 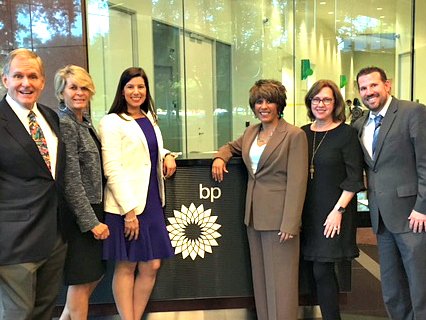 I joined other Kentwood Realtors in Houston to introduce Denver to British Petroleum in April.

Elizabeth, Meredith and I were joined by Libby Levinson of Kentwood Cherry Creek on a 55 seat touring bus. Together, we showed off south Denver neighborhoods and homes for sale from Washington Park to University Hills. Then, the four hour tour ventured into the suburbs. We traveled through Greenwood Village, Littleton, Englewood, Highlands Ranch, Lone Tree and Centennial.

Like a lumbering elephant in the Denver suburbs, the huge tour bus barely fit down some of the residential streets. Some local residents stopped to stare. Because, we could have been a Celebrity House Tour that took a painfully wrong turn. We drove several neighborhoods and homes for sale. In addition we made two stops. First we saw a resale home for sale in Littleton and then we visited Lenar Homes near Meridian in Parker.

The Texans were able to see how we live in Denver as they likely considered what it will be like to join our Mile-High lifestyle. They were hosted to a fabulous dinner at Del Frisco Grill in Cherry Creek Friday night. That’s not far from their hotel. They were staying at the Halcyon Hotel where breakfasts were also served. In addition to the Sampler Bus Tour, they enjoyed activities at a Red Rocks hike and a local brewery tour.
British Petroleum has signed a long-term lease on the three top floors of new building under construction at 17th and Platte. It’s located where the pedestrian bridge exits from lower downtown and Union Station. The offices will be ready to occupy in Spring of next year. In the meantime, British Petroleum has secured temporary offices in Downtown Denver for up to 100 employees relocating to Denver. 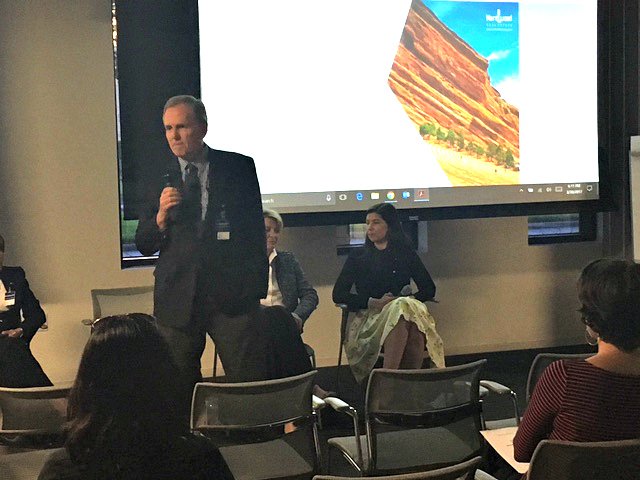 Kentwood Realtors visited BP in Houston with a few days of  the moving announcement. We talked about homes, neighborhoods and lifestyles in Denver.

Previously, several Kentwood Real Estate Brokers including myself had traveled to the British Petroleum headquarters in Houston. There, we held several “introduction to Denver” sessions for those invited to make the relocation to Denver.
The company was anxious to provide lots of information to employees about Denver, our neighborhoods and how we live. This move is a statement about Denver and its importance to the energy industry.
The Hotz Group was excited to be involved in this project to introduce British Petroleum employees to Denver. It was a new, fun way to introduce people relocating to Denver to our neighborhoods and to see how we live here. As an added bonus, we made several new friends. They won’t have to worry about not knowing anyone in Denver. Now, They know us!
No votes yet.
Please wait...