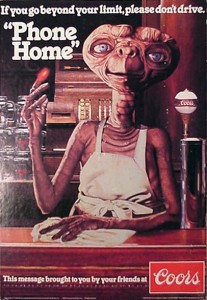 Well, it’s time to celebrate! Let’s break out the beer and have a toast to the fact that Colorado has finally regained its position as it the leading manufacturer of beer in the country. We are best known for Coors beer but now it is only a part of Colorado brewing. Plus, retail sales are up. Residential and commercial vacancy rates are down and Denver and Colorado are outperforming the nation in most economic areas.

When I was in college, Coors beer became the popular rage all over the country. Before it was nationally available, my friends would ask me to bring them a case of Coors beer when I would visit. Well, now Coors is nationally distributed, it is a joint venture along with Molson of Canada and Budweiser has moved into Colorado to brew beer as well.

This combined with all the micro-breweries throughout the state has brought the Colorado production above California for the first time in more than a decade.

Retail sales in the metropolitan Denver area have increased 9% for the 1st half of this year. Retail sales overall are running ahead of the same period last year.

Residential rental homes and apartments have become difficult to find in this Denver real estate market.  The Denver vacancy rate has dropped to 4.7%. Average rental prices have increased over 10% from the same period last year. Many landlords now are not listing their properties with rental agencies because it is extremely easy to rent a property in this Denver market. More and more investors are beginning to look at Denver as an investment property opportunity.

The Denver and Colorado economies are healthy. That bolds well for the future of the Denver residential real estate market. Overall, our activity has not slowed down as much as the major markets which have experienced “the boom” such as in California, Arizona and Florida. We’re crossing our fingers. We’re hoping that because we did not have such a housing boom we won’t go through bust here either.