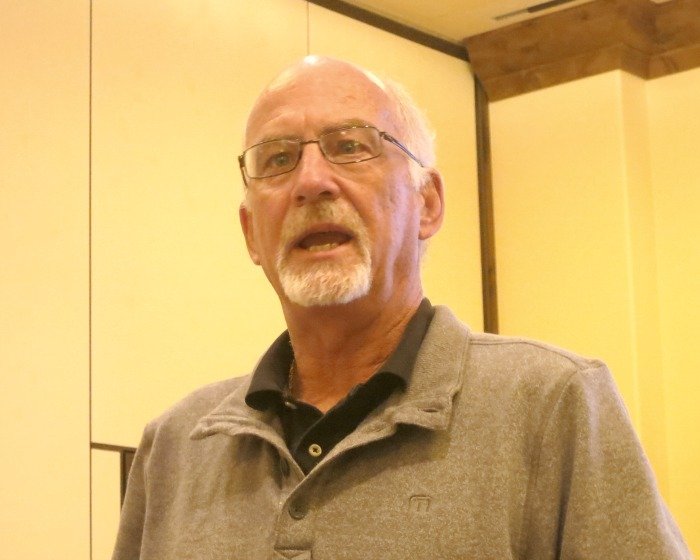 The Denver real estate market has not seen such development since the Gold Rush of the 1850’s.  Denver’s jobs are now growing at 150% of its historical rate. As a result, the population is also exploding at record levels. What more, this trend is expected to continue into the next decade. And, the building of new homes is not keeping up with the forecast demand. 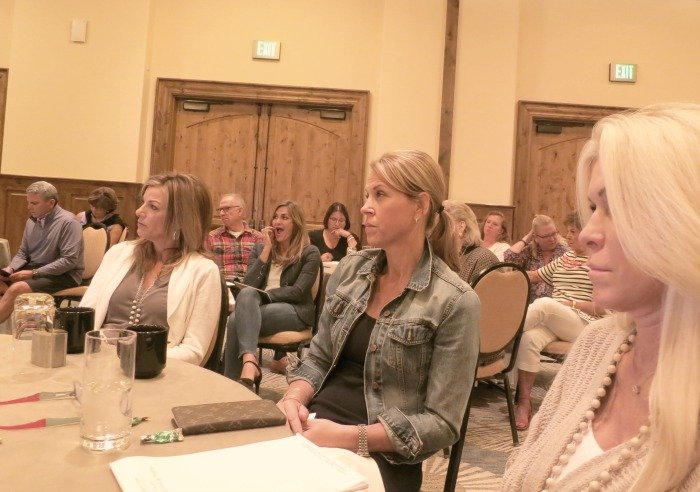 Peter Elzi of THK Associates explained at the recent Kentwood Retreat. Some 80 Kentwood Brokers and staff met for two days at the Sebastian in the picturesque mountain town of Vail Colorado. Those  Kentwood Brokers have been selling nearly $1B of residential real estate annually. We gathered in Vail to hear about the state of the Denver real estate market.

Peter’s consulting firm is involved in forecasting growth and Denver real estate market trends. THK provides those services to many of the companies planning to develop commercial, residential and retail projects in the Denver Metro area. His clients have included the CEO of Kentwood Real Estate, Peter Niederman. The following is a synopsis of Peter Elzi’s presentation at The Kentwood Retreat.

Of the current population: 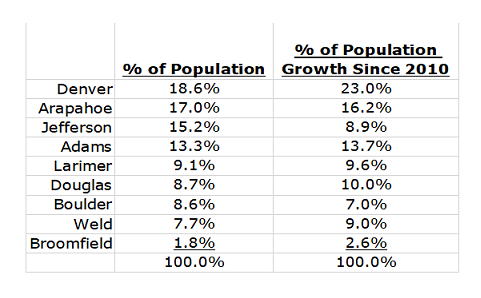 When analyzing metro Denver’s job growth by industry and looking at the announcement of new companies coming to Denver, THK estimates that annually, during the next decade, metro Denver economic base will expand by 72,300 jobs per year. And, this will fuel annual population growth by 84,200 people in 32,000 households.

The most active areas for Denver real estate construction during the last 5-years have been as follows:

Metro Denver is projected annually to average 33,200 units including:

The location distribution for construction will be as follows:

Multi-family is actively being built close to TODs. There are 110 light rail stations that the government has spent $120 million per station to develop. New light rail stations include RidgeGate, Regatta Plaza, Westminster Plaza, the Federal Center along the west line through Lakewood and Panasonic’s ‘Smart City’ at Pena Boulevard.

Are Apartments Being Overbuilt?

Of course, the apartment market is a concern. There are 30,000 apartment units under construction. And, even though current vacancy is low at around 7%, we are starting to see some softening. Rental apartments are acting as an alternative to townhomes and condominiums. But the State of Colorado passed a law that is starting to limit liabilities for construction defects. And, some of the builders seem to be more willing to take risks. There could be as much as a 2-year supply to absorb all the apartments under construction. In the meantime, the vacancy could increase to above 10%.

Regarding resales and redevelopment markets, Denver Highlands is still #1.  Sloan’s Lake’s new 206 unit Lakehouse condo project is very hot. RiNo has become ridiculously expensive and is very sheik. Baker neighborhood is central. Most noteworthy, I have heard buzz that Ruby Hill and Lakewood are the next emerging markets.

Alberta Development Partners Emerging is constructing new retail adjacent to the north to the Factory Outlets in Castle Pines North.   Also,  there is a new Factory Outlet Mall is being constructed in Thornton at the southeast corner of I-25 and 136th. Also, IKEA is building a new center at the northwest corner of I-25 and Highway 7.  In particular, the RiNo neighborhood is enjoying a lot of new specialty retail construction. Also, Target is building a new store on the 16th Street Mall. Retail in shopping centers will continue down its hindered path due to the continued growth of online shopping.

In conclusion, I continue to see opportunity in the light rail stations and the 20 new hospitals being built throughout metro Denver. These things create tremendous development opportunities for about 50 acres of development at each hospital. Surrounding uses include MOB’s, rehabilitation centers, retail, rental apartments, assisted living, nursing homes, etc.

Lastly, development activity serving the oil and gas business in the Weld County area will continue to be a great market. Recently, in Weld County, they discovered seven billion barrels of oil. As a result, activity related to this industry should go on for some time.