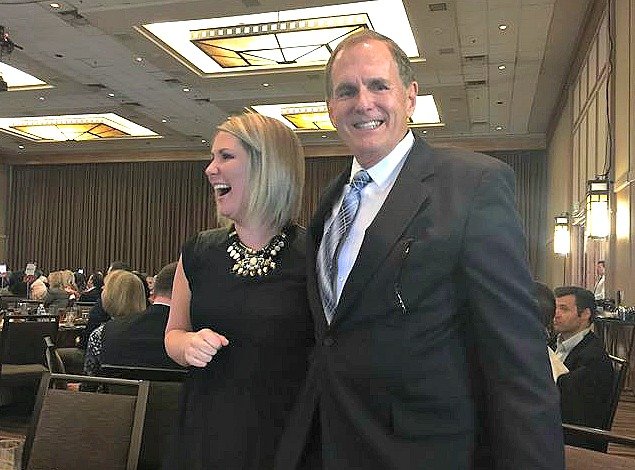 Larry Hotz and Daughter/Partner Elizabeth accepted the award for #5 Team   from the Denver Metro Association of Realtors earlier this month.

Kentwood Real Estate, long known as the top selling Denver luxury homes brand, swept the most awards at the recent Excellence Awards. The Denver Metro Association of Realtors hosted the awards ceremony earlier this month at the Westin Hotel in Broomfield. “I was extremely proud of my group, The Hotz Group, for ranking #5 for total sales volume of more than $46 million and number eight for total number of transactions in a team”, Larry Hotz said. 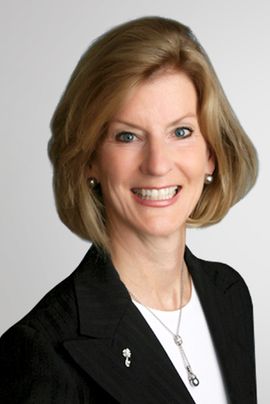 Also, Gina Lorenzen was named the top broker for individual production and the team of Sandy Weigand and Michele Ciardullo was named as the #2 selling team in Metro Denver. Other top producing Kentwood real estate brokers included Christie Owen at #3, Peter Blank #4, Chuck Gargoto at #8 and Edie Marx with over $30m individual sales. These brokers are well known as Denver luxury real estate agents in Denver and the suburbs.

But, Kentwood sells more than luxury real estate. For example, even though our team sold several homes above $1.5 million, our average sale was only $592,000. Elizabeth Hotz, Jason Cummings and Jesus Orozco  all contributed to the exceptional year in 2014 for The Hotz Group.

“One of the reasons I like working at Kentwood Real Estate is the caliber of the agents and the support which is provided by the firm to allow maximum productivity of those agents” Larry Hotz said. ” That combination has produced some extraordinary results in 2014 and years before. This year’s winners were common faces among the Excellence Awards in previous years also.”

Before they were called the Excellence Awards, The Metro Denver Association of Realtors hosted The Million-Dollar Roundtable. I remember attending my first of those ceremonies back in 1983 and being flabbergasted by the amount of production the top realtors in Denver were selling. The name had to be changed because these days most full-time realtors are able to sell at least $1 million real estate.