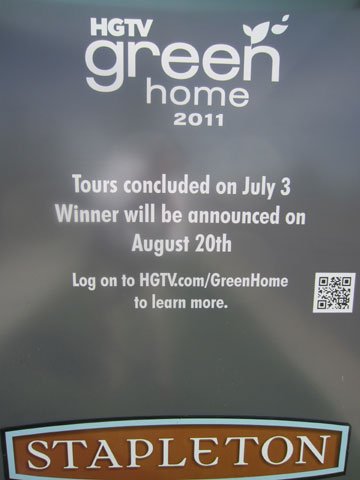 With newspaper real estate advertising declining, what does sell new homes? The developer of Stapleton in Denver and its builders tell me that cable television’s HGTV annual Green Home Giveaway Contest dramatically increased home sales at Stapleton’s Central Park this year.  How did that happen? Forest City, the developer of Stapleton, aggressively courted HDTV to land the annual free home giveaway contest for the “urban fusion” community at Stapleton.

Before last spring, new home sales at Stapleton were lackluster according to Jason Cummings at Infinity Home Collection.  “Homes were selling but not at a tremendous rate.”

Some builders were adding incentives likely resulting in lower profit margins. That’s when HGTV came along and literally rode to the rescue.  Forest City, the developer of Stapleton, targeted HGTV’s Green Home Contest and wanted to bring it to Stapleton, according to Tom Gleason of Forest City Homes. HGTV wanted to give away a dream home somewhere in America. 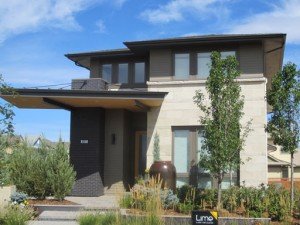 But it couldn’t be just any dream home.  It had to be a green, dream home with energy-efficient features as well as all the modern bells and whistles. That is the formula to engage the HGTV television audience. But, Denver was not the only city in the running according to Gleason.

HGTV producers toured several new home builders in  Stapleton’s new Central Park neighborhood which features energy efficient homes. After many discussions, they finally settled on Infinity Home Collection as its choice for a green builder at Stapleton.  The ultra contemporary design and features appealed to the producers.  They thought they had a winner and they did. 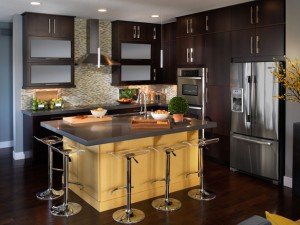 Ultra modern interiors are rare in Denver new homes but not at Central Park in Stapleton.

While Infinity provided the home, HGTV ultimately paid the winner of the contest $600,000 instead of taking the home as the winners choice. So, now Infinity is offering the home for sale instead. It could be your for a mere $699,900.

Before the home would be given away on HGTV, it would be shown off to the general public.  Stapleton and Infinity Homes was ready for such an event.  In May through early July, more than 10,000 people walked through the HGTV dream house.  Every one of them was exposed to the Stapleton community and Infinity Homes Collection as a builder. And people many  toured the other home builders also. 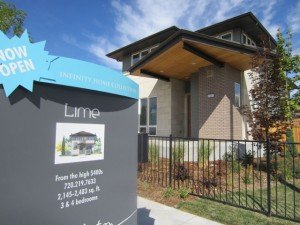 Lime at Stapleton has ultra-modern, new homes on Central Park under $400,000.

Infinity was prepared for the onslaught by making sure it had similar homes to sell anyone touring the HGTV Green Home.  These sleek, ultra moderns appealed to the eye and and altruistic  feelings of ecological living.  They sold immediately like hotcakes.  So much so, that each of two collections now are oversold and each is limited to sell only 2 homes per month.  The builder just couldn’t produce enough homes to match the demand. Can you imagine? The builder had to put a quota on monthly sales even this down market.

I sold one of those homes to a client moving here from Florida.  His specific requirement was to have a new or near-new home that had ultra modern design and be a totally “green home”.  He was disappointed to find that most of the homes available in the Denver metro area just did not meet that criteria.  But, Infinity was able to depart from the conventional Denver styles and build totally unique and eye dazzling homes.

“The HGTV house allowed us to prop up Stapleton more than it’s ever been done before”  said Jesus Orozco,  a Sales Counselor at Infinity’s Pure Collection of new homes .  “It’s been nonstop traffic and nonstop sales now since the HGTV House was opened to the public.”

I never would’ve thought an entire television network could be devoted to following what I actually do every day.  But that’s exactly what happened.  And the result has been an enormous audience and a tremendous opportunity for real estate marketing.

I watched the decline of newspaper advertising in Denver for over a decade.  The real estate section of the Denver Post and Rocky Mountain news shrank until the Rocky Mountain news finally went out of business a few years ago.  It’s common knowledge that the Internet has been a substitute to market real estate in the void left by the decline of the newspaper business.  But now HGTV has demonstrated that cable TV is helping to fill that void also.  It’s able to take a significant share of the marketing dollar for real estate projects through innovative marketing like the HGTV Green Home contest. 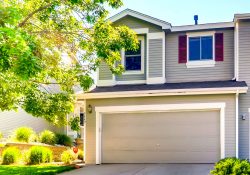 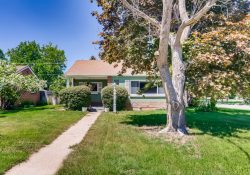 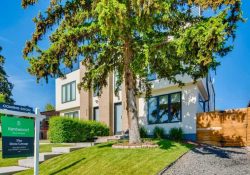 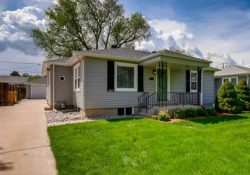