In an exclusive presentation for Fuller Sotheby’s International Realty Brokers on October 3rd, East West Partners’ own Chris Frampton spoke with sincere realism about the market forces at work. “Prices have been reduced,” he touted. 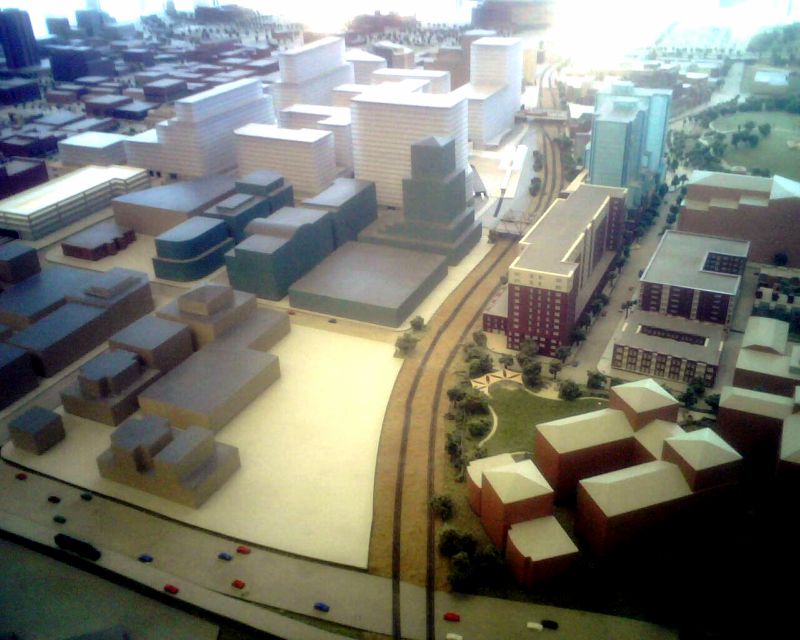 Since their initial projects back in the late 90s, I have not seen East West go public with price reductions even once. They have a reputation for creating and selling some of the most expensive real estate in Denver, but even the luxury markets don’t seem to be immune to the overall market forces at work. 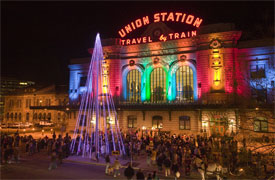 Perhaps the most exciting part of the presentation was the plan surrounding the development of Union Station. Approved by city voters years ago, Union Station is slated to become Denver’s mass-transit hub, and it truly looks exciting! The historic station itself will be flanked to the north and south by new buildings, creating two plazas along Wynkoop street. Behind the station will be the main terminal for the three commuter rail lines arriving from DIA and points north. The station, designed by Skidmore, Owens, and Merrill, will be mostly open air and will sit just adjacent to another new public area being dubbed the “Kinetic Plaza.” Each of these 3 public spaces will be surrounded by ground level retail stores with a slant toward the restaurant and entertainment industry that is already thriving in neighboring LoDo.

Existing and planned Light Rail lines will terminate behind the commuter rail station, underground. Above ground, another large public plaza will be created that will be flanked on all sides by new office buildings. The light rail station will connect above ground to the continuation of the 16th Street Mall shuttle bus, and will connect to commuter rail via an underground walkway approximately 2 blocks long. Additionally, the commuter rail station will connect with the 16th St Mall shuttle through an indoor “arcade” that will anchor the first floor of a building slated presently for a hotel. The time frame for the completion of all these projects is still many years out, but the plans are unquestionably thrilling to consider.

The latest talks have placed a major grocery store near the present day intersection of 20th and Chestnut St. However, according to Frampton, both King Soopers and Safeway are hestitant to proceed in fear of potential losses at nearby stores (ie. the King Soopers at 13th/Speer and the Safeway at 6th/Downing). In simple terms, these chains feel the rent will be too high to sustain a large scale grocery store as part of the Riverfront/Downtown plan. Even Whole Foods has not been on board in these dicussions so far. Personally, I feel that downtown residents need to start shopping and cooking at home more often in order to lure the grocery store they seem to want so desperately!

Much of the building around the new terminals will be office and retail space, so what about more residential? According to preliminary plans, East West has anywhere between 750 – 1000 units still slated for build-out. The next project will likely be Row 19, another higher end project on Commons Park north of the Glass House. More affordable units are slated immediately west of the Glass House, and more apartments are slated just north of the existing Manhattan Apartment Building near 20th. Farther down the pipeline, an exclusive club for adults age 55 and over will fill the space along 15th between the coal tracks and Little Raven. Additionally, new residential development will likely take shape in the parcels between 18th and 19th, Wewatta and the train tracks, land that is currently just staked out blocks of native grasses!

The market has been kind to Downtown Denver as hard as that may be to believe. All it takes is one glance around the skyline at all the cranes to know that things are doing OK! For the zip code of 80202, according to MLS statistics for the summer months (June – Sept) of ’06-’08, average prices have increased about 5% each year. Yes you read that correctly: average prices have increased. So… now that you have decided to buy in downtown Denver, give me call or send me an email, I can certainly help you find the place!