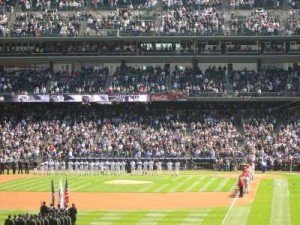 Lower Downtown Denver was full of excitement and anticipation.  Because, it was Opening Day at the Ballpark. Young and old lined the streets and the rooftops enjoying the sunny spring day.

Music was playing from every local radio station as we walked the streets. It was a carnival atmosphere around 20th and Blake at our gorgeous Coors Field.

However, this opening day was different. Fans had a little more to be excited about. Because, this was the first time The Rockies will be opening the season as National League Champions. 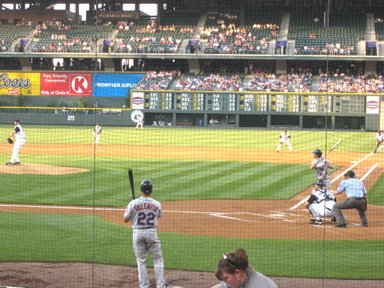 We love to spend summer days and evenings at Coors Field with our Colorado Rockies.

The National League trophy was on the field as the team was announced.  We could feel the excitement of what was the start of a new season. And, everyone was wondering what could be ahead. A giant flag covered the field held by members of the military as the national anthem played.  The crowd waited for the fly over. That was the highlight of the pregame ceremonies.

It was now time to begin a new season at home with hope of improving on the unbelievable ending to last year with a word series victory.

The day did not end the way we all  had hoped with a loss to the Arizona Diamondbacks 8-1. Well there is always tomorrow and the rest of the summer. 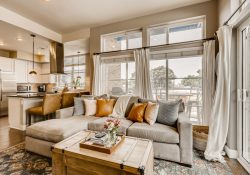 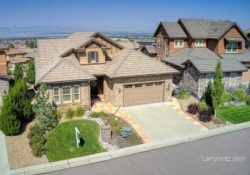 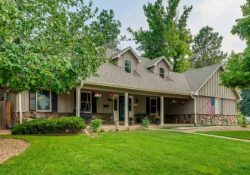 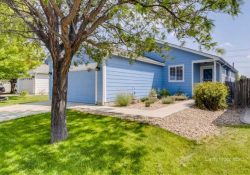