You are here: Home / Downtown Denver / What’s New and Old In Five Points

I’ve seen my Five Points neighborhood and its real estate come a long way in the several years and decades.. 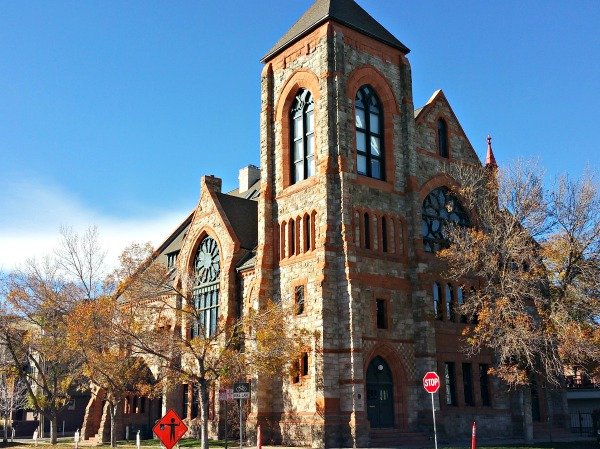 Historic Sanctuary Lofts have been renovated to modern standards.

The Five Points Historic District was founded in 2002 and is located just north of Lower Downtown. That alone has accelerated the pace of renovation and improvements to my neighborhood.

But, Five Points was known for decades before that as the place to go for local, ethnic foods and entertainment. For instance, you can still find great restaurants such as Kapri’s for some of the best chicken in town. In addition,  Zona’s has the rare pig ear sandwiches on the menu. Yes, Five Points still offers lots of diversity.

Back in the day Five Points was known as the most prolific center for Jazz music between Chicago and Los Angeles. Because, back then, many of the top Jazz musicians of the time performed in Denver, it was even dubbed “The Harlem of the West”. Because, between 20 and 30 Jazz clubs populated the Five Points area including the rare and eclectic Rossonian Hotel at 25th and Welton.

My family, starting with my grandmother in the 1950’s, has lived in the Five Points neighborhood for the last six decades. As a result, the whole family has loved living here. And, we have seen the changes over the years. For example, there is so much development and great amenities for what  was called a “Urban Pioneer Neighborhood”. In addition, the light rail has connected Five Points to the rest of the city and suburbs. Also, new restaurants and shops have arrived. As a result, the community has been revitalized.

However, in the recent years, classic Victorian architecture and renovated historic homes account for much of the new resurgence of the neighborhood. Home buyers desire the classic turn of the century homes. Many have become renovated beauties preserving the ambiance of the old days.

While the neighborhood was designed an historic district in 2002, new signs proudly now display the official tile. It’s now called Five Points Historic Cultural District. The District includes the Welton Street corridor from 27th Street to 30th Street.  In addition to the distinctive Rossonian Hotel, the City cited eight other buildings as historic landmarks. Five of those were built before 1900.

Also, the conveniences of modern features and technology in renovated homes is drawing younger home buyers to the area. These include renovated, yet historic, Victorians, Tudors, Queen Annes, Denver Squares, and bungalows. Because, many neighborhoods in Denver just don’t have much of that kind of  historic architecture . And,these solid brick homes are becoming a better alternative to the other large and primarily frame homes that were built  later years. Also, many home buyers I work with find them more desirable than many of the new-builds in developments.  For example, Stapleton and Green Valley ranch in Northeast Denver just don’t offer the charm and variety of amenities found in Five Points . 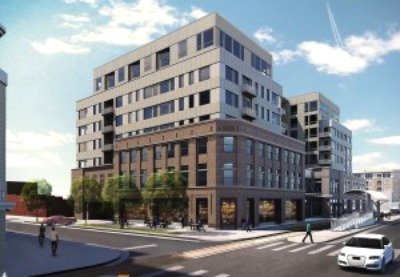 The Lydian is a mixed use project that includes apartment rentals.

In addition, ‘scrape and builds’ are popping up throughout the Five Points Neighborhood. For example, custom home builders are erecting several new luxury residences . And, we see more and more modern  duplexes, condo developments and some apartment buildings.

The Lydian is the latest. It’s a $40M, 8-story, mixed use apartment building right at 26th and Welton. It is under construction and scheduled to be completed in the fall of 2017. This photo show the unusual blend of the old and the new in this unique and diverse community.

So, if you are looking for a home near LODO and  still want the Downtown experience, don’t forget to add my community to your search.  Because, I would love to give you more information about this great Denver neighborhood. So, contact me for more info or for a tour of homes in this very desirable Denver neighborhood.  Home values are appreciating in value quickly.

Have a question about Five Points real estate?  Please use our easy to follow form below and we’ll get back to you quickly!