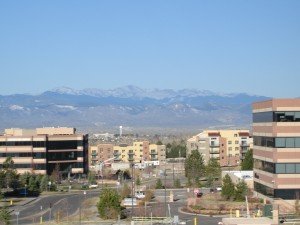 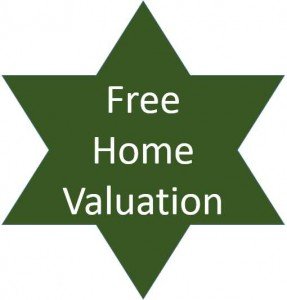 The City of Centennial was officially recognized as a city in 2001. Likewise, it is located in the Southern Metropolitan area and lies within Arapahoe County boundaries.  Furthermore, it was named after the book by James Mitchner which described a fictional Colorado town. And here’s a fun fact…Colorado was nicknamed the “Centennial State” because it became a state in the year 1876.  Furthermore, this was 100 years after the signing of our nation’s Declaration of Independence.

“Mayor-council” style city government limits the city’s tax levying and collection powers. So, it was created with the attractive idea of keeping city taxes at only 1%.  Centennial is adjacent to the cities and towns of Aurora, Cherry Hills, Englewood, Greenwood Village, Highlands Ranch, Littleton, Lone Tree, and Parker. This city has the fourth largest population in the Denver-Metro Area. However, many people are unfamiliar with the name Centennial. And, people often refer to this area with the names of the neighboring cities such as Littleton or Englewood.

Centennial encompasses roughly 28 square miles. Similarly, it is not surprising that the population now exceeds 100,000 people. Denver relocation buyers seek Centennial neighborhoods because of its close proximity to downtown Denver and the Denver Tech Center. Plus, short commute to Denver International Airport and access to excellent schools attracts many relocating home buyers.

Indeed, like many of the surrounding areas, Centennial offers its community a plenitude of indoor and outdoor activities. Other city service providers include Arapahoe County Recreational District, South Suburban Parks and Recreation, and Arapahoe Parks and Recreation. Plus, recreation venues include sports leagues, recreation centers, extensive network of trails, and of course a variety of exceptional golf courses. Cherry Creek Lake State Park is quite popular for recreational fishing, picnicking, swimming, and water sports.

Southglenn Mall, once one of Denver’s premier fashion malls and retail areas, is located in Centennial. Alberta Development Partners rebuilt and restored the old Southglenn Mall to encourage new-found growth within this city. Hence, the project began in 2006. Now,  there’s a gourmet food market, big-box bookstore, new movie theater with stadium seating, charming cafes, and unique women’s and men’s apparel. So, the idea was to create a community gathering place with a “main street” type feel.  Additionally, to  attract destination shoppers and Centennial’s residents as a place to go for daily errands and special occasions. Now, the area is energized and filled with shaded walkways and private spaces for relaxing.  The Streets at Southglenn is casually eclectic with festivals, concerts and other community events.

Centennial is also home to Centennial Airport. The airport predates the founding of the city by 30 years. Only a few small planes operate commercially.

Centennial is one of Denver’s largest suburbs. And, it comes with some great views too.

There are approximately 50,000 households in Centennial. So, there are many diverse neighborhoods and communities to choose from. Of course, some belong to Homeowners Associations or Civic Associations. And, Centennial offers a selection of real estate from traditional homes in more mature neighborhoods to newer golf course communities. Those include more contemporary condominiums and townhouses. In addition, since Centennial is a fairly new area, its real estate pulls from its surrounding areas. Many residents can get more home for the money because of their Centennial mailing address. Real estate prices in Centennial range from the high $200,000’s and go well over $1M.

Cherry Creek School District and Littleton Public Schools are the two school districts that serve this community. So, they set some of the highest standards for public education in the Denver Area. Additionally, Cherry Creek School District has the reputation of being one of the finest school districts around. As a result, it has traditionally been recognized for excellent elementary, middle, and senior high schools. Also, Cherry Creek High School claims a large percentage of the top test scores in Colorado each year, propelling over 93% of its graduates towards a college education. Not surprisingly, Cherry Creek Schools and Littleton Public School district have each received awards from The National Blue Ribbon School of Excellence.

To illustrate, an older Centennial property

Have a question about Centennial, Colorado real estate? Please use our easy to follow form below and we’ll get back to you quickly!