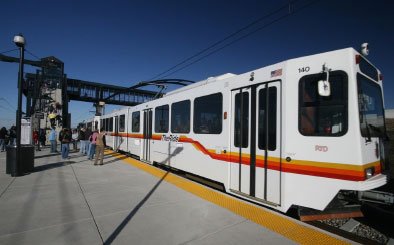 Predicting an ’09 recovery: In December, Jim Glassman, a senior economist with JP Morgan Chase in New York, told a select crowd of business leaders gathered in Denver at the Executive Leadership Forum that the economy will recover in 2009. “There’s nothing wrong with the U.S. economy that hasn’t already been fixed,” Glassman said. http://www.cobizmag.com/

Census: Colorado among fastest growing states: Colorado was among the five fastest-growing states the year between July 1, 2007, and this July. Estimates release on December 22nd by the U.S. Census Bureau show Colorado, Texas and North Carolina each grew at 2 percent. Colorado’s population increased by 96,686, giving it the eighth-largest gain in the country. http://www.denverpost.com/breakingnews/ci_11291904?source=email

Denver Aims to Ride Out the Recession: Mr. Nichols, the president of the Nichols Partnership, a commercial real estate developer, spoke at the Rocky Mountain Commercial Real Estate Expo about why he would be stupid enough to build 500 housing units during a national economic downturn. It isn’t that Denver expects to avoid rough economic seas, but there is a sense that leaders here have constructed an ark on which to weather just such a storm. A number of elements are cited as keeping this region afloat as other areas founder: investments in public transportation, aggressive economic development and, most significant, a two-decade campaign to diversify the region’s economic base from oil and gas to alternative energy, aerospace, technology and telecommunications. (New York Times) http://www.denverpost.com/breakingnews/ci_11291904?source=email

Lower rates spark refinancing mortgage boom: Anderson, a retired engineer with a little more than $120,000 left on his mortgage for his Lakewood home that has been appraised for $350,000, got his wish late last week and exchanged his old rate of 6.375 percent for the new 30-year fixed loan of 4.75 percent. http://www.denverpost.com/breakingnews/ci_11291904?source=email

Xcel, Vestas put state on wind power map: It’s one thing to be among the top wind-power-producing states. It’s another thing to be a top manufacturer of wind turbines that are used by all wind power states. Xcel Energy, Colorado’s biggest utility, and Danish company Vestas have put Colorado on the wind power map. The utility in 2007 retained its No. 1 status in wind-generated electricity for the third year in a row. By 2010, Vestas plan to spend $680 million at its Colorado plants and employ 2,450. http://www.denverpost.com/breakingnews/ci_11291904?source=email

Telluride Makes Top 10 List for Clean Air: Telluride came in 6th in the latest “State of the Air” report by the American Lung Association. http://www.americanprofile.com/article/29750.html

Home sales increase in West: The western U.S. region, including Colorado, was the only area of the country to have an increase in sales of existing homes – nearly 18 percent – from November 2007 to the same month this year, according to data released by the National Association of Realtors on December 23rd. http://denver.bizjournals.com/denver/stories/2008/12/22/daily19.html