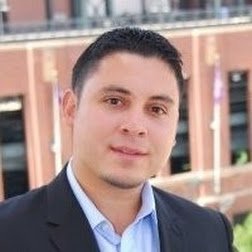 Meet an extraordinary Denver Realtor, Jesús Orozco.  He is a broker associate at Kentwood City Properties. Jesús has sold hundreds of homes for his loyal clients since 2002. As a Denver native, Jesús knows the turf. Whether you want a newer home in Denver’s Stapleton neighborhood or a older home in established areas such as Washington Park, Hilltop and Denver Country Club, and Jesús can guide you to find a negotiate the best homes at the best deals.

He also knows all the newest and hippest neighborhoods near downtown Denver in  LoHi, Curtis Park, LoDo and the Central Business District. In fact, Jesús lives in West Highlands. He is quick to point out that the official name is  Highland (singular).  Urban pioneers who have moving in to the near west neighborhoods over the last 20 years, have lumped several neighborhoods into a vernacular phrase ‘Highlands”. In fact, the separate neighborhoods of Lower Highland, Sunnyside, West Highland and Lincoln Park comprise what is now known as “The Highlands”. Although there really isn’t a district called ‘The Highlands”

Jesús was born in Denver but has roots in the old Mexican-American community which once mostly comprised The Highlands ethnic demographics.  Now, it’s an urban melting pot of young, affluent singles, urban pioneer couples and the local families that have lived there for generations.

Often, his unusual name is quite a conversation piece when folk first meet Jesús. Jesús is proud of his name that is a family name. It is not pronounced like the Messiah in the New Testament of The Bible. It is pronounced “Hey-Soos”.

Denver is more than just a younger, newer neighborhoods near downtown.  Families can locate into the Denver city environment and still get good schools, parks and recreation, and an easier commute to downtown and then living in the suburbs. Affluent communities near downtown include, Denver Country Club, Cherry Creek, Hilltop, Bonnie Brae, Washington Park, University Park, Park Hill and more. See the complete list at Best Denver Neighborhoods.

That’s where Jesús really shines.  He can show you and your family neighborhoods with tree-lined parkway’s, the best urban parks and proximity to shopping and employment.  He’s a sharp expert in figuring out what people need and what they want.

His loyalty lies with his clients.  They are fiercely loyal because he has helped them buy and sell advantageously.  He prides himself on putting his client’s interests first.  He’s been known to slow clients down winner headed toward a hasty decision.

No votes yet.
Please wait...
Voting is currently disabled, data maintenance in progress.